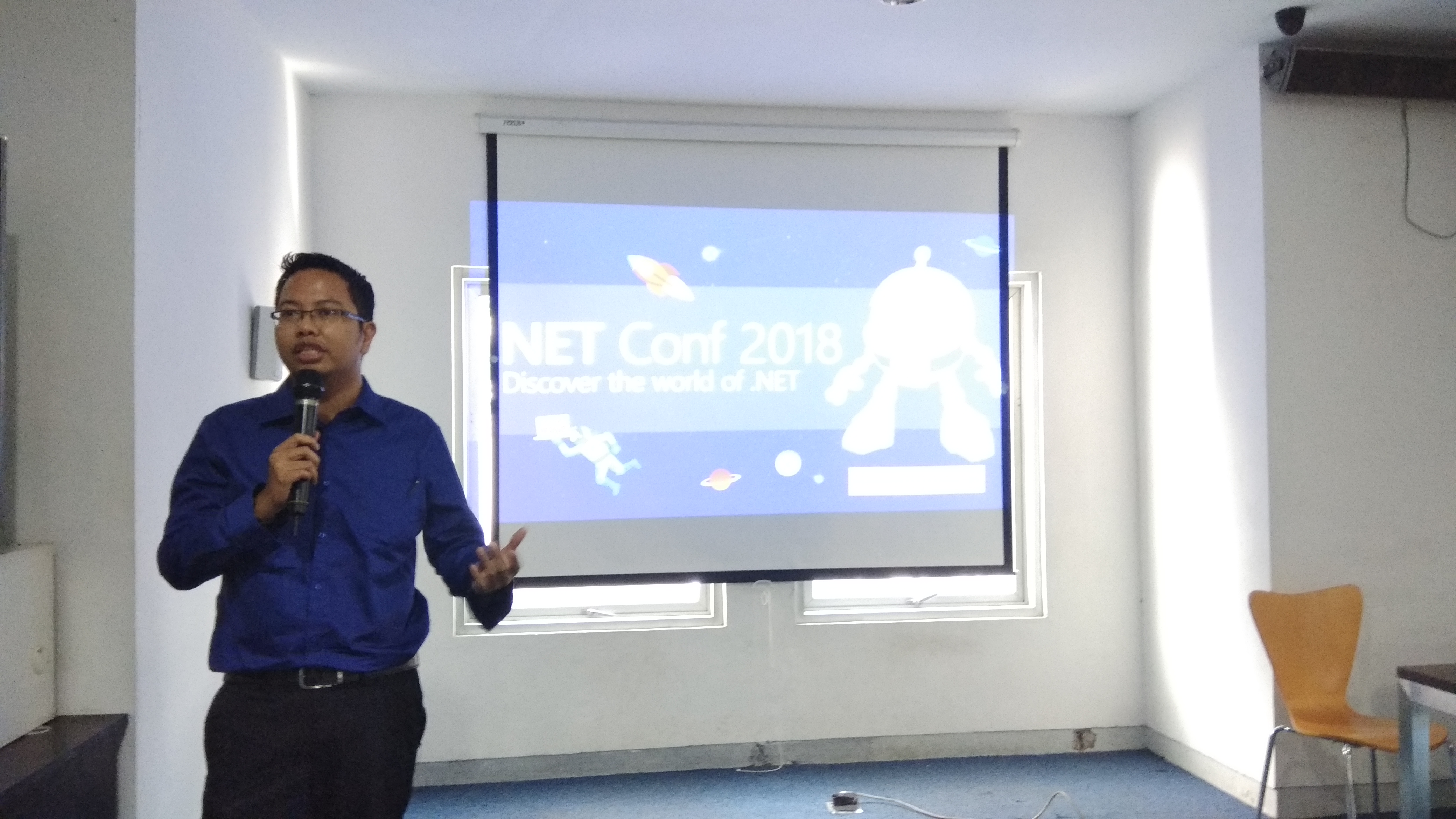 Currently, there are some variations of apps, such as mobile, web, desktop, IoT, etc. The presence of various apps was support developers to use a tool that can be used to create an app with the multi-platform output. The .NET platform is one of tool that can be used by developers, that have high capability to support developer create an app with the multi-platform output. NET is an entire software development platform that takes care of a lot of the heavy lifting for you when you want to build an application. Applications frameworks help you build the specific types of apps or workloads and enable you to literally build an app for any platform with any operating system. Microsoft Innovation Center a research organization who want to improve technical skill for society was contributed in the .NET Conf 2018 by taking a theme about cognitive service and artificial intelligence.

In this conference, the conference was held on Tuesday, 18 September 2018 at Digital library Fakultas Teknik UGM followed by 39 participants. The conference was divided into three phases with different speaker and topic. The first speaker is Ridi Ferdiana, he was delivered the .NET platform that can be used to create an app with the multi-platform output. He also explained cognitive service and artificial intelligence that can be used in the real life to make easy of human activity. Faturahman Yudanto as the second speaker, he was show to the participants how to develop bot using cognitive services, start from bot builder in Visual Studio to deploy the bot to the cloud. In the end, Erick Kurniawan was explained to the participants about Xamarin to develop mobile apps using Visual Studio. He delivered how to build a mobile app using Xamarin from the beginning to end to the participant of the conference. Hopefully, participants will get inspired to build apps with multi-platform output using the .NET platform.

In the .NET Conf 2018 participants were invited to explore the features has by the .NET platform that combined with cognitive services and artificial intelligence to produce the multi-platform app. The participants also explained about RevDebug as a tool that can be used to trace the root cause of bugs in a matter of seconds, save the developer time and sanity with Visual Studio extension for .NET developers. At the end of this conference, participants were asked to give a feedback about .NET Conf 2018 that was held, and the result has shown that 65% participants were inspiring to do research about cognitive services and artificial intelligence using the .NET platform, 15% of participants were doubting to do research on this topic at the conference, because there are several things that must be considered, and the remaining 20% will not apply to do research, because they were attended to this event only adds insight.