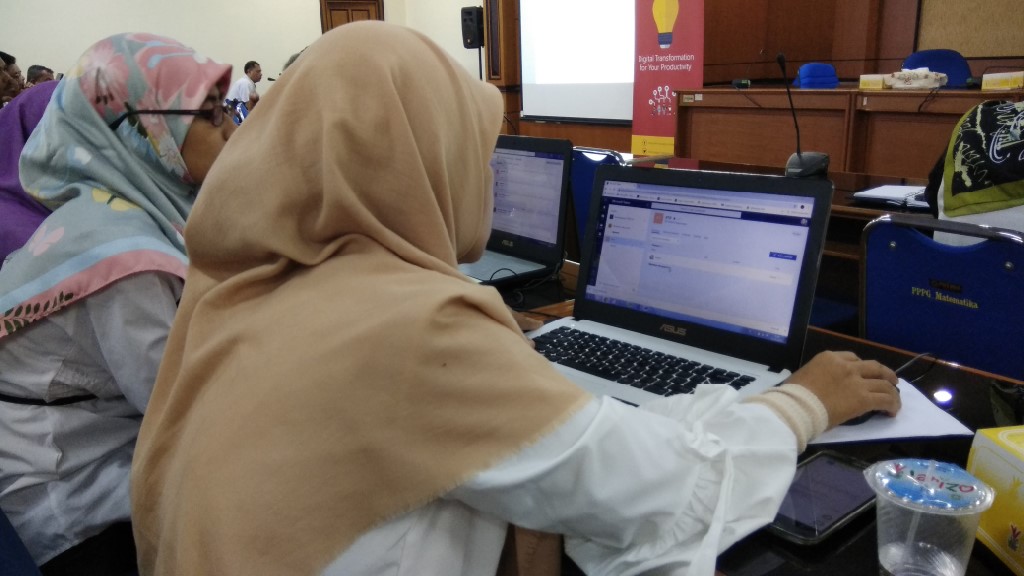 This event was opened by Mrs. Daswatia Astuty as Head of PPPPTK Matematika, she was opened this event by gave a speech to the participants to seriously follow the material that delivered by the speaker and hoped this event could give an impact positive in their organizations. While the speaker in this event there are three speakers. The first speaker is Mr. Obert Hoseanto from Microsoft Indonesia, he was given a presentation about education transformation in the digital era, so participants can find out the development of education transformation and get motivated to start transforming their organization.