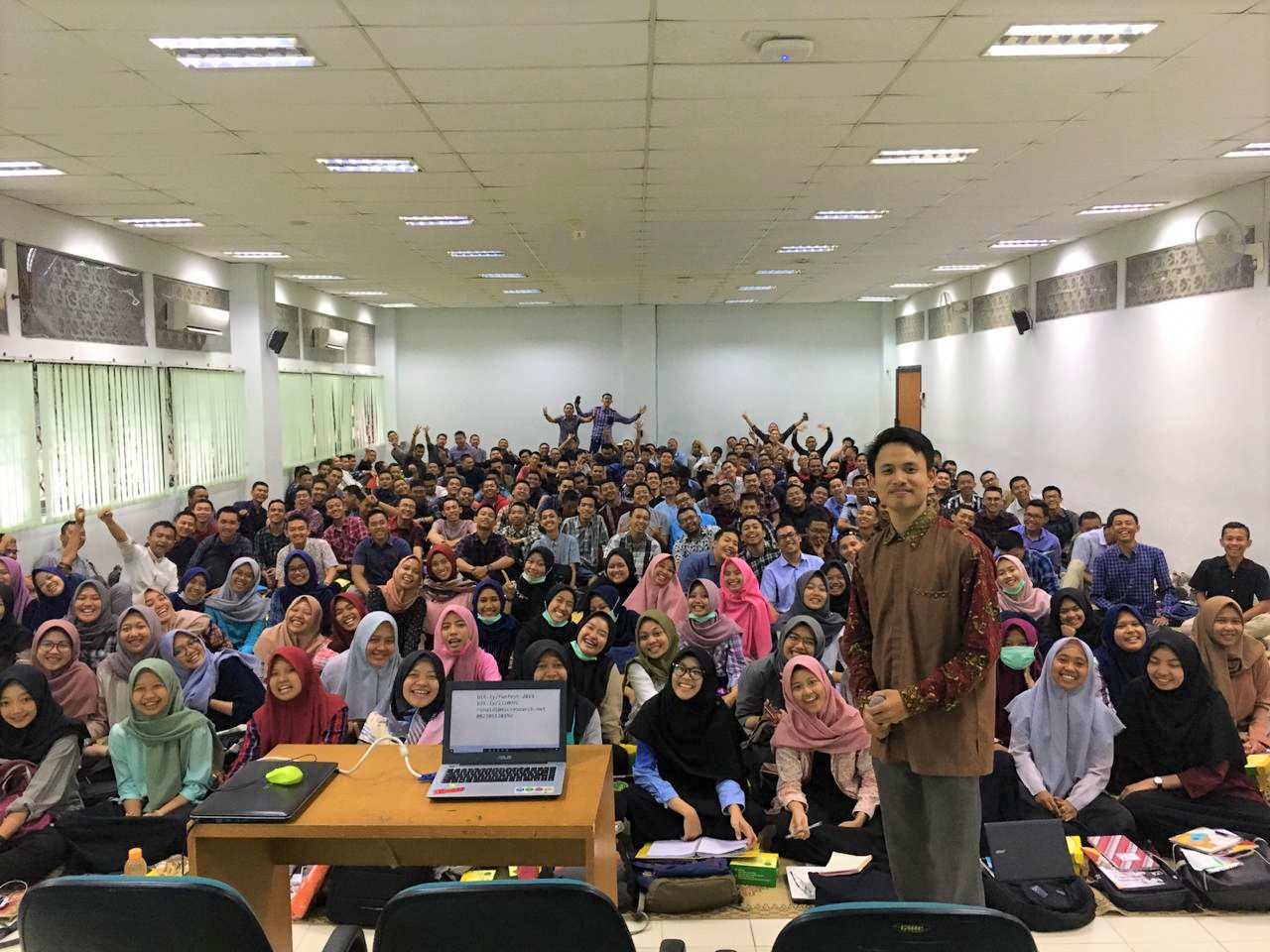 Microsoft 365 is a cloud-based service that is designed to empower every person in the organization to unlock creativity, encourage teamwork, and provide simple and safe experiences. In the educational institution, this service can be used to improve the creativity and productivity of the members. Universitas Muhammadiyah Yogyakarta (UMY) as one of the educational institutions were giving the facility for all the members in the form of Microsoft 365 service provisioning. But this facility has not been well socialized, so not all members are aware of this facility. Based on that condition MIC was helping by acting as a facilitator for the event held by Biro Sistem Informasi UMY namely “FunFest - Microsoft 365: Get to know Microsoft 365 as a Facility of University”.

The FunFest was held in the first quarter (Q1) on 3 September 2019 at Universitas Muhammadiyah Yogyakarta followed by 269 participants. Where the event was divided into two sessions – specifically for the first session held in two different rooms. This strategy was chosen because of the large number of participants who wanted to join this event. Participants were introduced about Microsoft 365 service in their college – where the participants can get Windows 10 Education and Office 365 Education for free. Specifically, participants for this event we are introducing in a glance at how to get Microsoft 365 and maximize the service for became a member of UMY.

Participants were excited about their facility, and they want to get to know more about how to optimize their facility. The participants were giving feedback to the facilitator for the next time can facilitating again to detailing how to use every service in Office 365 for supporting their activity. They believed that Office 365 is really useful and can improve their productivity for becoming a member of UMY.